Why Teach “Medicine After the Holocaust”?

Although German violations of the most basic medical ethics are well documented, they are virtually unknown by today’s students in the health sciences. It’s rarely discussed that American eugenicists played a critical role in the development of German “racial hygiene” policies. American physicians, philanthropists, politicians, lawyers, and public health officials provided indispensable legislative models, financial aid, and moral support in the 1920s and 1930s for Germany’s political philosophy of “applied biology.”

The Hippocratic Oath, the bedrock of medical ethics, was blatantly violated by the physicians of Nazi Germany when they chose to treat the health of the nation rather than the health of the individual. Simply put, Nazi Germans substituted their government’s eugenic public health policy for the best interests of their patients. The doctor-patient relationship was radically transformed into the Nazi eugenics state-Volkskörper relationship with disastrous results for those with presumed transmissible genetic disabilities.

Although healthcare in Western democracies is arguably the best in the world today, we should pause and reflect upon the similarities to German medicine ethics in the 1930s. There is a resurgence of interest in eugenics and biological determinism following the success of the Human Genome Project, violating medical ethics. Controversy persists regarding abortion, pre-implantation genetic diagnosis, embryonic stem cell research, assisted suicide, and euthanasia. The original Hippocratic Oath is in disrepute. Healthcare ethics is being formulated at a centralized, national level.

The mission of the Center for Medicine after the Holocaust (CMATH) is to challenge doctors, nurses, and bioscientists to personally confront the medical ethics of the Holocaust and apply that knowledge to contemporary practice and research, being mindful of the Hippocratic Oath with every step. CMATH is concerned that healthcare personnel, like all human beings, have the capacity to believe they are doing good when they are actually doing harm.

By studying the past, we hope to provide knowledge for today that will prevent the repetition of previous errors and lead to wisdom in future doctors, nurses, bioscientists, and healthcare policy makers so that they will provide better care for their patients and fellow citizens. If the best physicians, nurses, and scientists of the early 20th century could sacrifice their patients for utopian goals, can we be certain that we will not do the same. 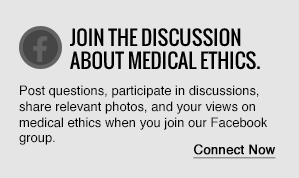