Every other year, CMATH organizes a trip to European historical sites. The focus is on the progressively increasing role of medicine in the design and implementation of the Holocaust. Each group is accompanied by internationally known scholars who provide on-site lectures and discussions along with professional guides who explain the history of the sites.

Click locations on the map below to read more about each site.

Established in 1936, Sachsenhausen was a training center for SS officers and an execution site for many Soviet POWs. Although not originally intended as an extermination camp, as criminals, Communists, homosexuals, and Jews were brought in to work in a nearby brickwork factory, captives were shot or hanged in trenches. Later, a gas chamber was constructed to facilitate killing larger numbers of prisoners.

More than 30,000 inmates died in Sachsenhausen due to exhaustion, disease, malnutrition, executions, or brutal medicinal experimentation. Today, the site is open as a museum and memorial. Guard towers, the camp entrance, crematory ovens, and camp barracks have been kept in good condition so that others may learn about its impact on the war. 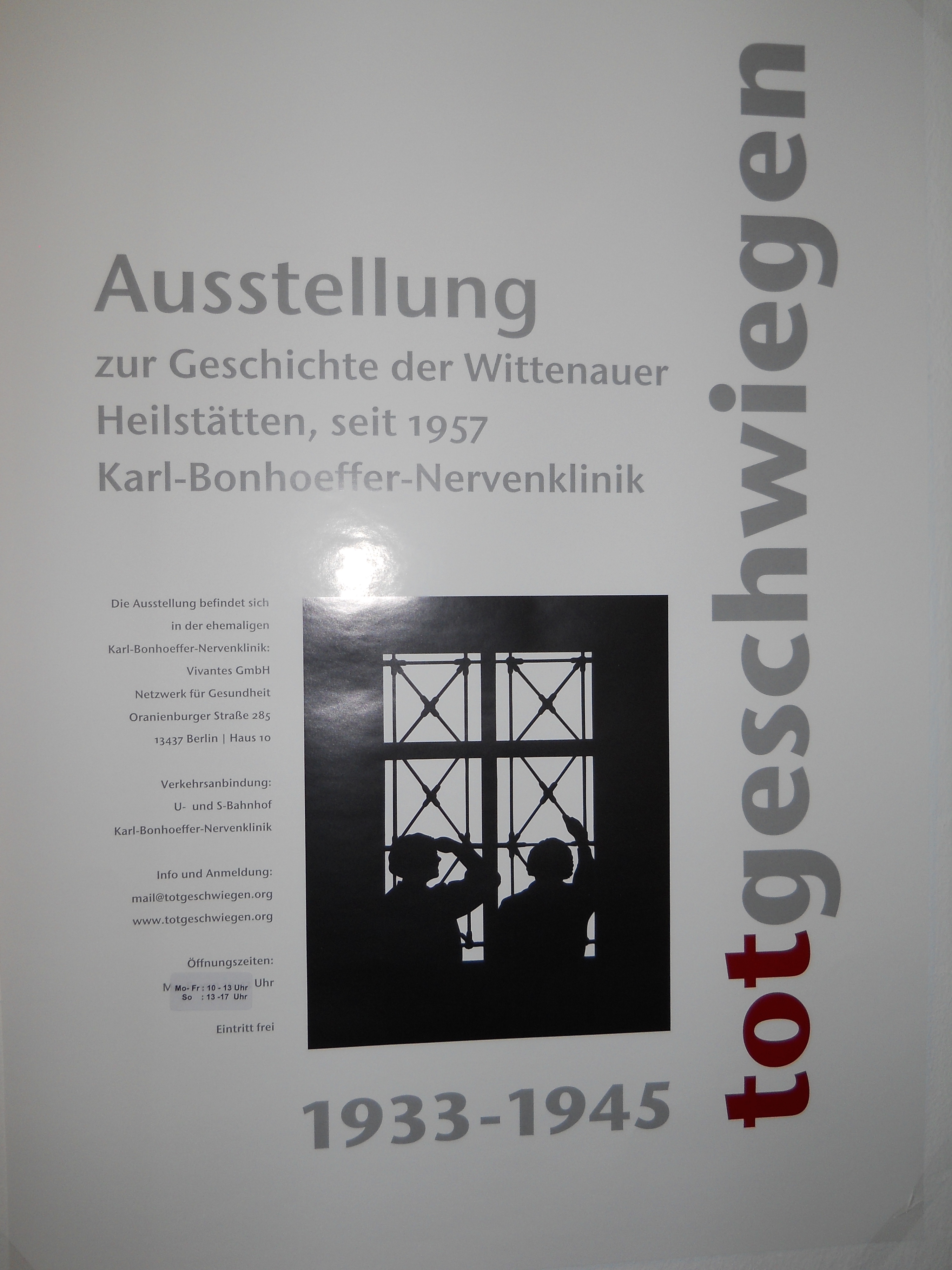 In 1957 the Wittenauer Heilstätten was renamed for psychiatrist/neurologist Karl Bonhoeffer despite the fact that he was a key player in the sterilization of the “mentally inferior.” Psychiatrists played a central role in the Nazi sterilization and euthanasia programs. Dr. Emil Kraepelin said in 1918, “ An absolute ruler, who…would be able to make unrestricted interventions in peoples’ habits, would certainly be able to reduce madness within a few decades.” Or, as Ernst Klee summarized, “It was not the Nazis who needed the doctors, it was the doctors who needed the Nazis.” Neuropsychiatric hospitals were extremely large and expensive to maintain because they housed untreatable patients. After passage of the 1933 Sterilization Law, modeled on American legislation, these hospitals and other medical institutions referred patients for involuntary sterilization to genetic courts administered by physicians like Karl Bonhoeffer. Approximately 400,000 German citizens were sterilized by 1939. 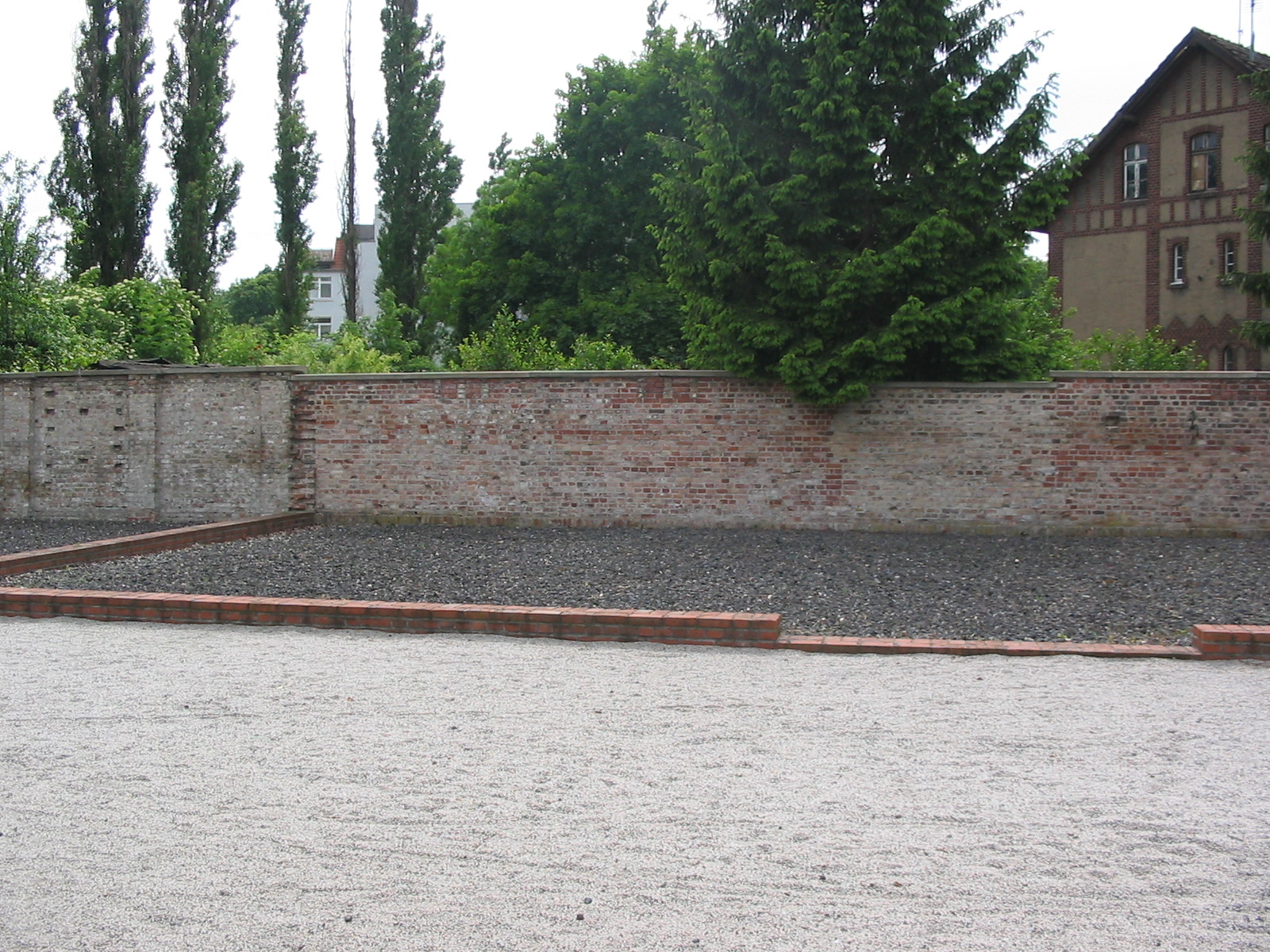 Nazi "mercy killing” began at this site in a chamber disguised as a shower room in central Brandenburg in December 1939 or January 1940 when 18-20 patients were gassed with carbon monoxide as a public health measure. Viktor Brack wrote about this first test gassing, noting that Dr. Karl Brandt, the head of the euthanasia program, said of these medical killings: “The needle belongs in the hands of the doctor.” (Another doctor, Irmfried Eberl, was Brandenburg's commandant before becoming commandment of Treblinka where he murdered 250,000 before being dismissed for incompetence.) The bodies were initially cremated at Brandenburg but when residents complained of the smell, the bodies were driven in a post office van at night to the relocated crematoria three miles away in a house labeled Chemical and Technical Institute. Brandenburg became the model for murder by gassing in all six euthanasia centers and death camps.

Held in a suburb of Berlin, the conference in Wannsee was a meeting of senior Nazi officials in Germany on January 20, 1942. It was in this meeting that officials got cooperation to implement the “Final Solution,” whereby Jews in German-occupied Europe would be deported to Poland and murdered. It was during this meeting SS officer Reinhard Heydrich outlined how European Jews would be systematically deported from east to west and sent to extermination camps. The conference itself lasted only 90 minutes, but had a lasting impact on the world.

Today, the conference site is known as Wannsee House Memorial. Opened on the 50th anniversary of the conference on January 20, 1992, the site hosts permanent exhibits of texts and photographs that document events of the Holocaust and how it was planned.

Today, the site is a memorial to those lost, especially the vulnerable — the elderly and the mentally ill. 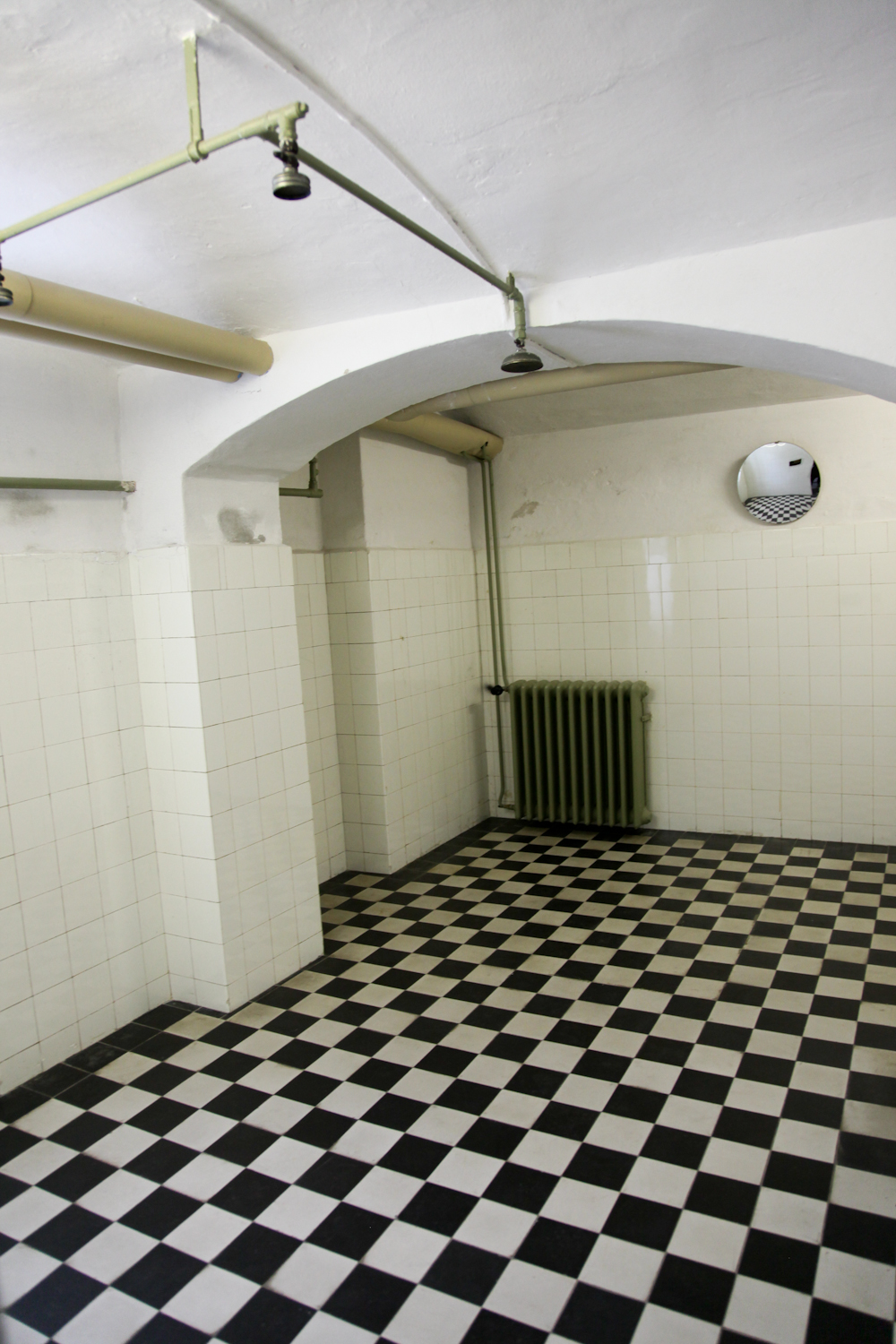 The “T4” operation establish the Regional Psychiatric Clinic of Hadamar as the last of six euthanasia centers after the murders by gassing had been halted at Grafeneck in 1940 because of great concern among the local population. Nine “transit institutions,” regular mental institutions and care facilities that were used to temporarily accommodate patients who had been selected for death from 79 home institutions, were assigned to Hadamar. Gray buses with darkened windows drove through the town of Hadamar and under the pretense of being taken for a shower, patients were led into the gas chamber in the basement of the hospital and murdered. The bodies were immediately burned in the adjacent crematorium. Between January 13, 1941 and August 21, 1941, Dr. Adolf Wahlmann and Chief Nurse Imgard Huber direct the murder of 10,072 men, women, and children. Dr. Wahlmann was sentenced to death but released from prison in 1953. 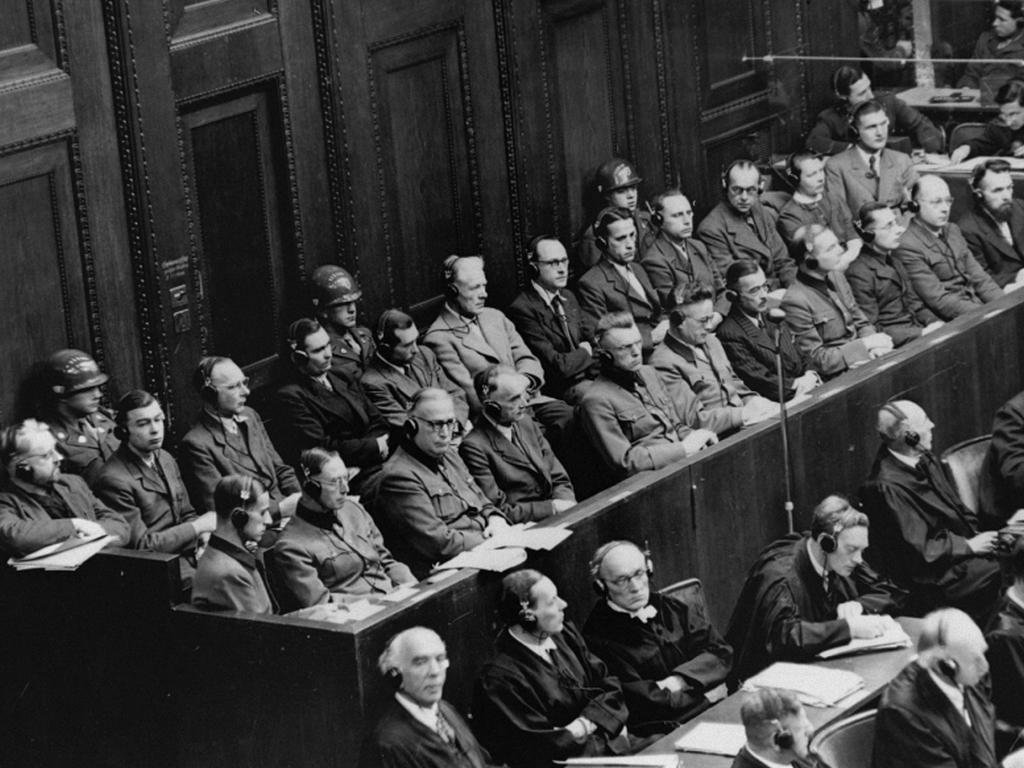 The International Military Tribunal conducted by all four allies and the twelve “subsequent trials” conducted by the American military—the first of these was United States of America v. Karl Brandt, et al., or the Doctors’ Trial—were convened in Nuremberg, the site of massive Nazi rallies. On December 9, 1946, 23 leading German physicians and administrators were charged with war crimes and crimes against humanity, primarily focusing on medical experiments on victims such as the one in this photo. On August 20, 1947, the judges found sixteen defendants guilty and sentenced seven to death. The trial is notable for the “Nuremberg Code,” which the US and other western countries ignored for 30 year, and for the small number of doctors brought to trial despite the involvement of thousands of physicians in medical crimes, such as Josef Mengele, MD, PhD, Auschwitz’s “Angel of Death." 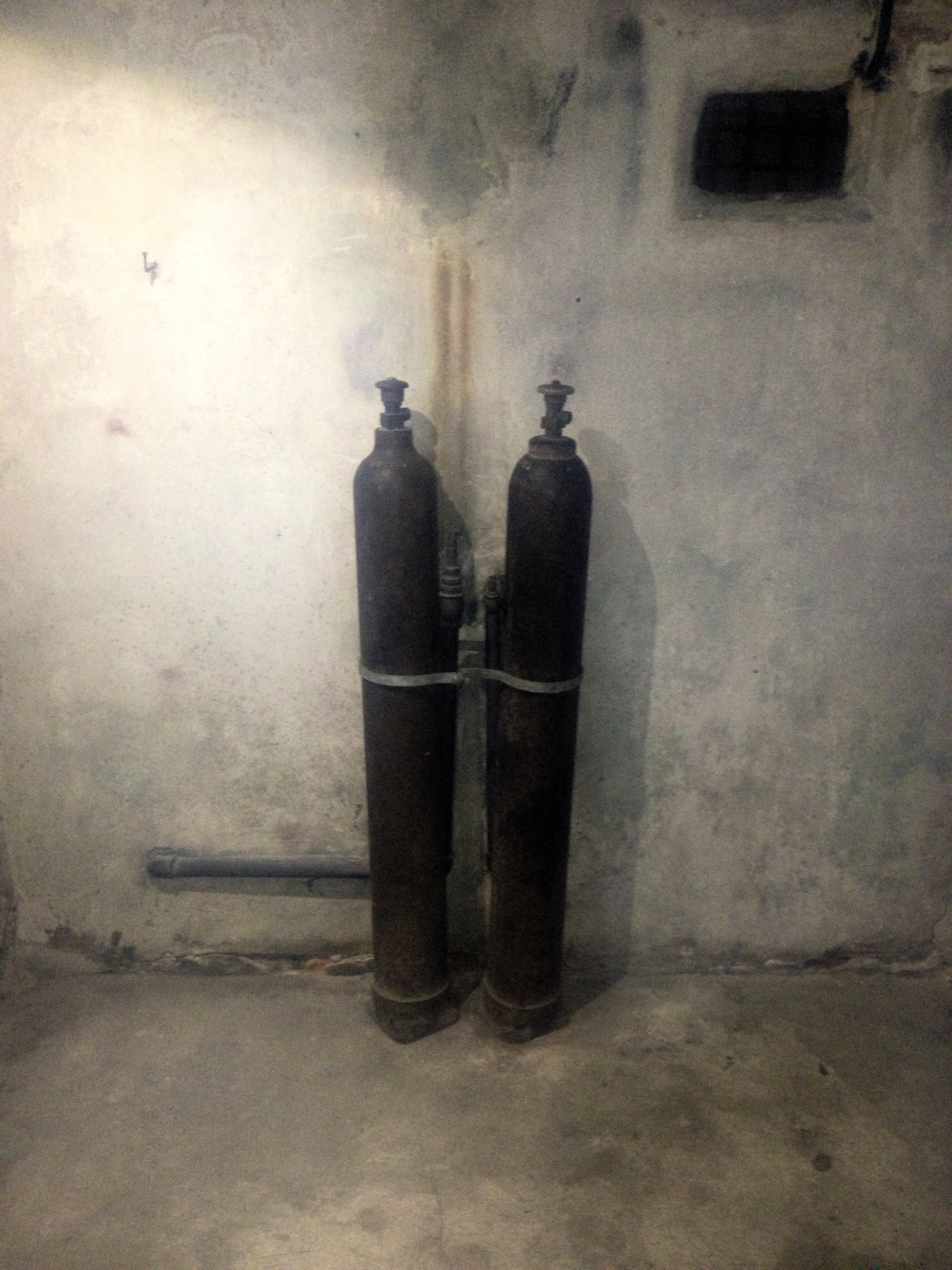 Majdanek Concentration Camp was initially entrusted to Odilo Globocnik, the Police Leader in the Lublin district, by Nazi Reichsführer SS Heinrich Himmler near the Polish city of Lublin in 1941 for forced labor rather than extermination. On February 16, 1943, it became a concentration camp—Konzentrationslager der Waffen-SS— known as KL Lublin or, simply, Majdanek because of its proximity to the Majdan Tatarski district. Approximately 80,000 Jews, Polish political prisoners, and hostages sentenced to death by German courts under General Governor Hans Frank’s decree on combating the resistance movement were gassed or executed at Majdanek, including the 18,000 shot on November 3, 1943. (The photo shows cylinders of carbon monoxide that was used in the Majdanek gas chambers before Zyklon B was introduced.) The rapidly advancing Soviet troops captured the hastily evacuated camp on July 24, 1944, the first and best preserved concentration camp liberated by the Allied forces.

The most infamous of the Nazi concentration camps, Auschwitz was really a network of Nazi concentration camps and extermination camps in southern Poland. At least 1.1 million prisoners died in Auschwitz during World War II. Over 6,500 staffers of doctors, soldiers, prison guards, and scientists manned the network, overseeing the prisoners, taking roll call, watching them work construction sites, and ultimately facilitating their deaths. When Hitler decided to euthanize the entire Jewish population in Europe, it was at Auschwitz that doctors and scientists devised methods to kill up to 700-900 inmates at a time. Additionally, German doctors conducted medical experiments on the prisoners, testing the efficacy of X-rays as a sterilization method or injecting chemicals into women’s uteruses to glue them shut. Though the exact death toll is unknown, some estimates say it was as much as 1.5 million people killed.

Auschwitz was liberated by the Allies in 1945, and it remains as a memorial and a reminder of what must never happen again. It is a primary symbol of the Holocaust and is a World Heritage Site.

Also called Auschwitz Synagogue, this synagogue is the only active one in the town of Oswiecim, Poland. It is used as a Jewish museum and education center. It has been completely restored to its pre-war condition and is used for prayers and reflection for groups visiting Auschwitz.

Focused on Jewish heritage, the center aims for reconciliation through art and intercultural dialogue. 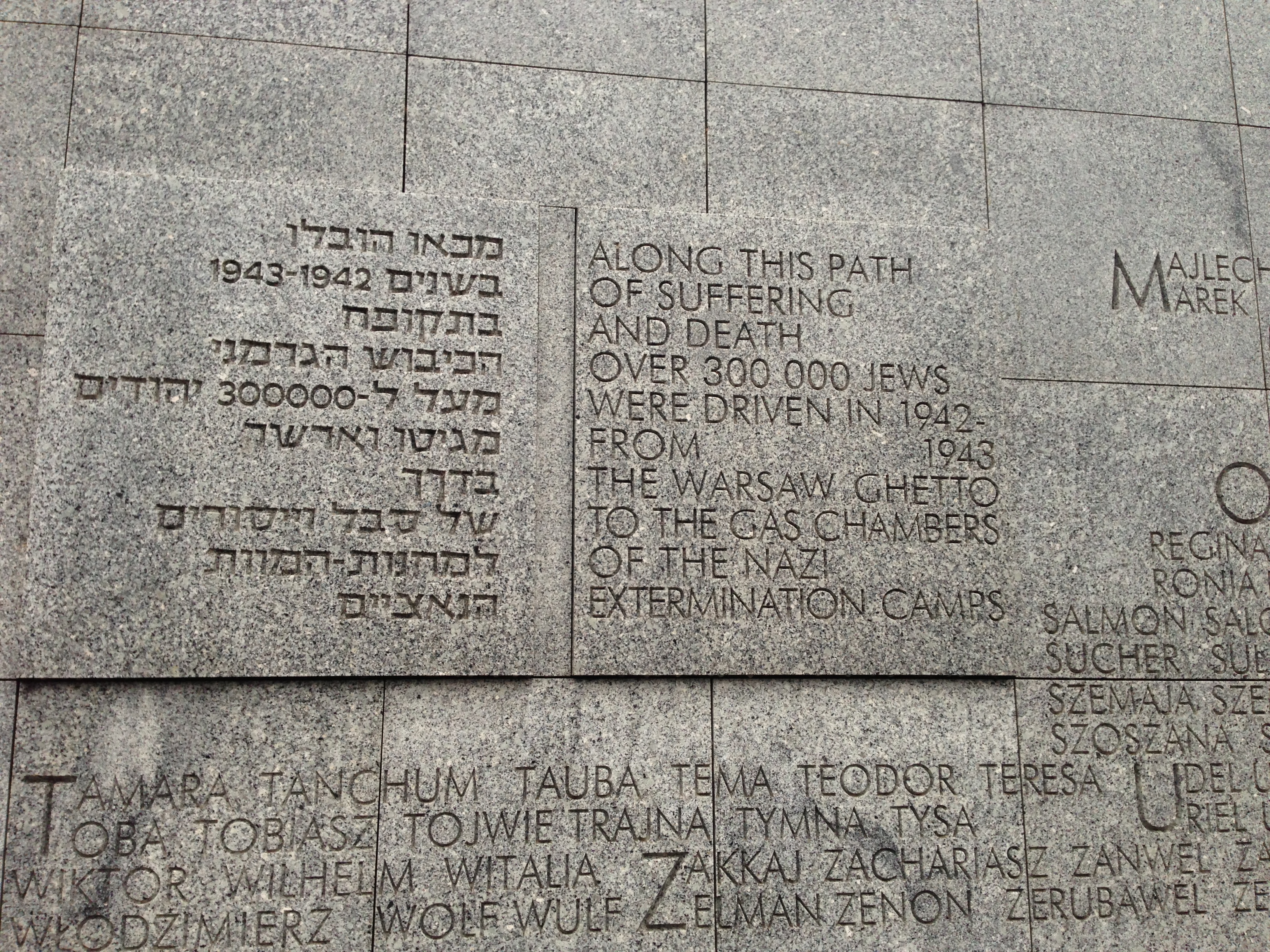 Warsaw was home to the largest Jewish community in Europe when Germany invaded Poland on September 1,1939 and closed Jewish schools, confiscated Jewish-owned property, and required Jews to wear white armbands with a blue Star of David. On October 12, 1940, the Germans established the Warsaw ghetto and sealed Jews from Warsaw and nearby towns into an area of 1.3 square miles surrounded by a wall that was over 10 feet high and topped with barbed wire. In less than two years 83,000 Jews died of starvation and disease. In the summer of 1942, 265,000 Jews were deported from Warsaw to Treblinka and killed. When the SS and the police came to liquidate the ghetto in 1943, ghetto fighters resisted for four weeks. Emanuel Ringelblum and his colleagues in the ghetto provided an invaluable record of events that became known as the “Oneg Shabat” (“In Celebration of Sabbath”). 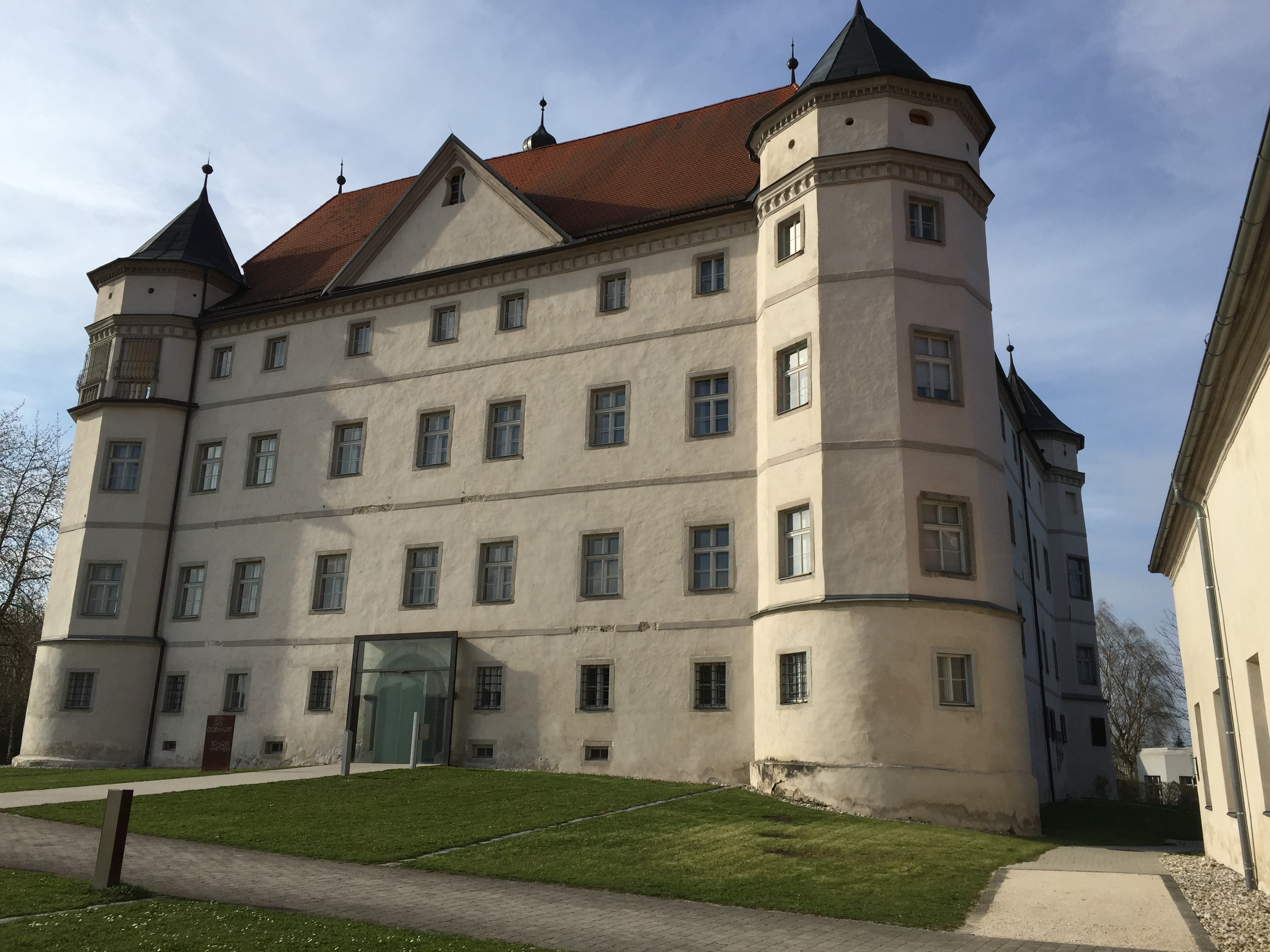 In 1938 the welfare office of the Upper Danube province took over Hartheim Castle, a care facility for the mentally and physically disabled, and starting in March 1940, transformed it into a killing center with a gas chamber and crematorium as part of the “T4” operation. This killing center covered today’s Austria and parts of southern Bohemia, southern Moravia, the Sudetenland, Slovenia, and Bavaria. During its first 16 months of operation, Drs. Rudolf Lonauer and Georg Renno directed the murder of 18,269 patients, more than any of the other five euthanasia centers in part because Hartheim received victims from Operation 14f13, a coordinated effort between the “T4” physicians and concentration camp commandants such as Mauthausen, Gusen and Dachau, to “eliminate” sick inmates. Operation 14f13 directly led to the construction of gas chambers and crematoria in death camps such as Auschwitz as part of the “Final Solution. 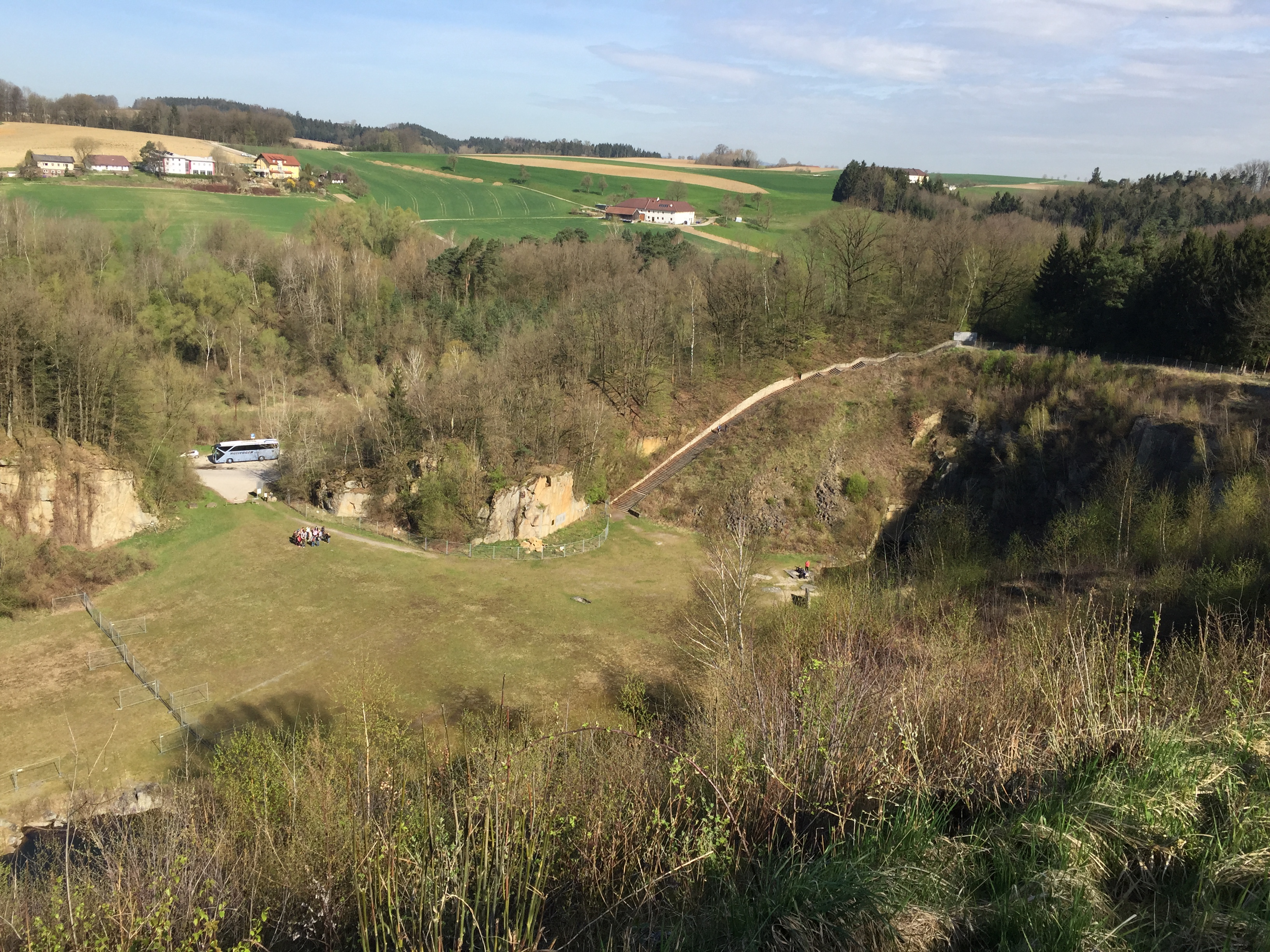 Dachau prisoners began construction of the Mauthausen concentration camp in 1938. Mauthausen was the central or “mother” camp for all of Austria with 49 permanent subcamps including nearby Gusen, the biggest and most brutal of the subcamps. Over the next seven years, 195,000 men and women were imprisoned in these camps with 40,000 victims dying in Gusen, nearly one-third of all the concentration camp victims on “Austrian” territory. The inmates were forced to work as slave labor under conditions that caused many deaths, especially in the Mauthausen rock quarry that was at the base of the infamous 186 “Stairs of Death” on which prisoners carried roughly hewn stone blocks weighing up to 110 lbs. in freezing weather. Before Mauthausen and Gusen built their own gas chambers and crematoria, Muselmänner or prisoners too sick to work, were often transferred to the Hartheim Castle euthanasia center where they were gassed and cremated. 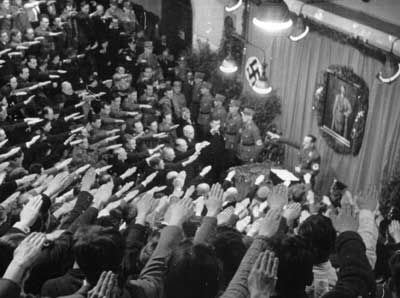 Vienna (Wien) officially became a city in 1137 and, in 1278, Rudolf von Habsburg establish the Habsburg dynasty that endured until 1916. Emperor Franz Josef I (1848-1916) replaced the city walls with the Ringstrasse and, more importantly, established a dual monarch with Hungary. In March 1938 Hitler annexed—Anschluss—Austria. CMATH held a conference at the Medical University of Vienna about Austrian Physicians and National Socialism: Historical Facts, Post-War Legacy, and Implications for Today. The conference featured a remarkable panel of representatives from six Austrian medical societies addressing the role their society’s physicians in Nazi medical war crimes. This photo shows Dr. Eduard Pernkopf, physician and rector of the University of Vienna, giving the Nazi salute to his faculty under the portrait of Adolf Hitler. Pernkopf published a beautiful anatomical atlas, which became infamous when its subjects were identified as concentration camp inmates and condemned political prisoners. 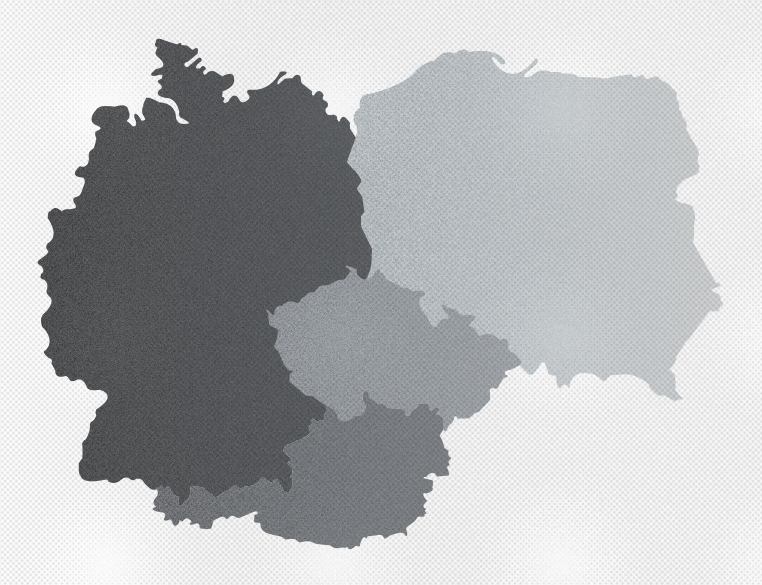 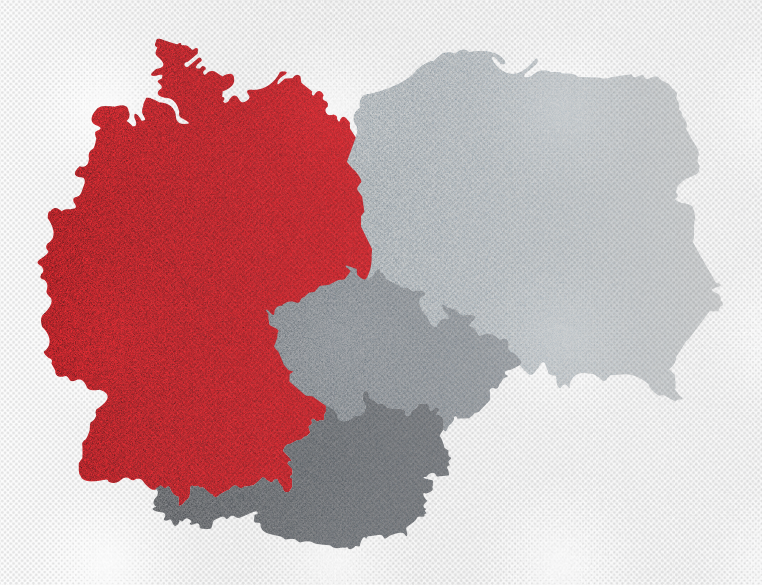 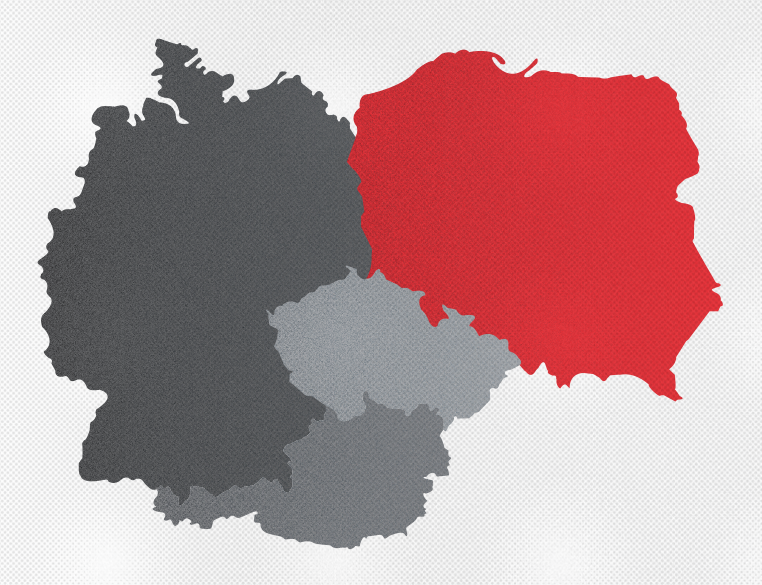 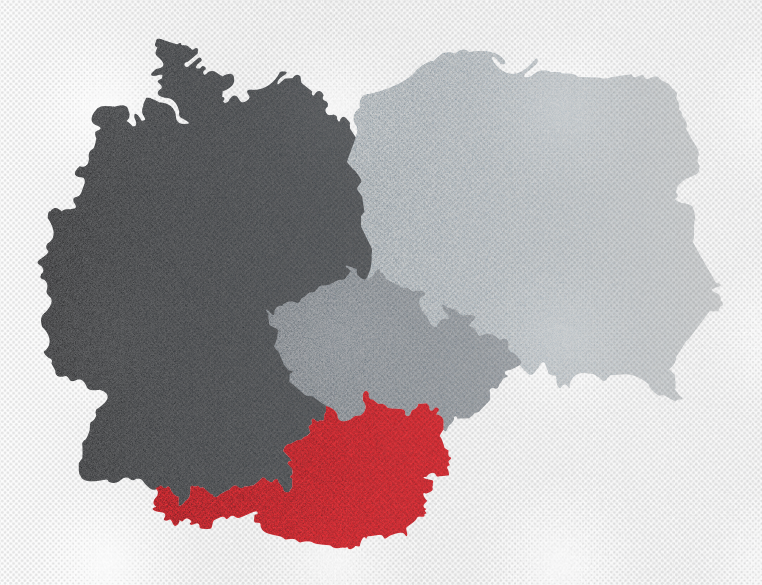